With the summer rapidly passing by, I’ve become quite disgusted with the sedentary life I’ve let myself fall into over the past couple of years. Now that we’ve finally settled into our apartment in Easthampton, there’s a lot of opportunity for walking, but the hot weather has made that fairly unattractive. This weekend, however, has been unusually cool, so this morning Lucy and I headed out for our daily morning walk with a determination to make more of it than the rushed weekday morning will generally allow.

Since I haven’t explored the city much, I wasn’t sure where to go. My first thought was to walk down to Cottage Street (where we recently spotted a family of ducks!) so we began by heading that way. Then we ran across an entrance to the bike trail, so we decided to check out that route. I was pretty sure it would eventually come out at Ferry Street, and since I knew the way home from there, that seemed a safe way to go.

The bike trail at that point mostly runs behind a series of old factory buildings (the Eastworks building, and so on), but it’s fairly woodsy and flanked by a large pond on the other side. It was quite overcast this morning and I was using the camera on my phone, but here’s a glimpse of the view. 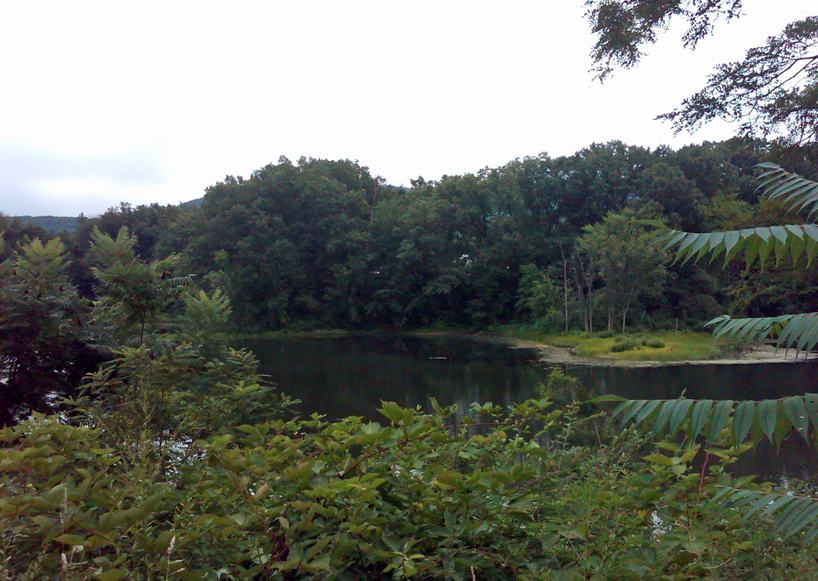 We passed a few joggers on the trail (only one cyclist) but it was all very friendly and tranquil—a great way to start off the morning. I’m embarrassed to note how tired my body feels after a single morning’s walk, though I guess it’s not just me. 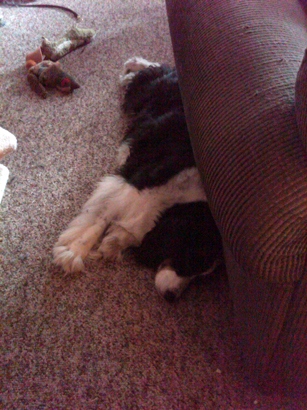 I’ll look forward to many more cool, rambling walks in the fall, but it was very nice to catch one right in the heart of summer. Let’s hear it for a healthier year!