There’s been a lot of discussion recently over new Yahoo! CEO Marissa Mayer’s decision to ban telecommuting, both from telecommuters who feel outraged and/or defensive of their own work ethics and from defenders of the traditional workplace who find her ultimatum gratifying. Frankly, even as a telecommuter, I can understand both sides (I think The Atlantic‘s Anne-Marie Slaughter nails it pretty well). Any workplace policy can be abused by someone—from the shipping clerk to the CEO—and if Yahoo!’s company culture has devolved into one that rewards non-productivity, Mayer’s gotta try something. And though I’m inclined to see unproductive telecommuters as, first and foremost, a management problem (and perhaps secondly as a technology problem), as an outsider, I can’t possibly know enough about her company or its workforce to guess whether this policy shift might be effective.

Of course, reading the comment section of Slaughter’s post is unsurprisingly pretty frustrating. There’s a strong inclination on the part of onlookers to paint either all CEOs or all telecommuters with the same (negative) brush. I did find one comment pretty interesting, though, from a user named David Graf. “Telecommuters are usually one of two types: Those who have a hard time starting and those who have a hard time stopping.” Like most either/or statements, I suspect this is ultimately untrue (or at least grossly oversimplified), but (again, like most either/or statements) I admit I can recognize myself a bit in one of Graf’s “types.” I really don’t like stopping. 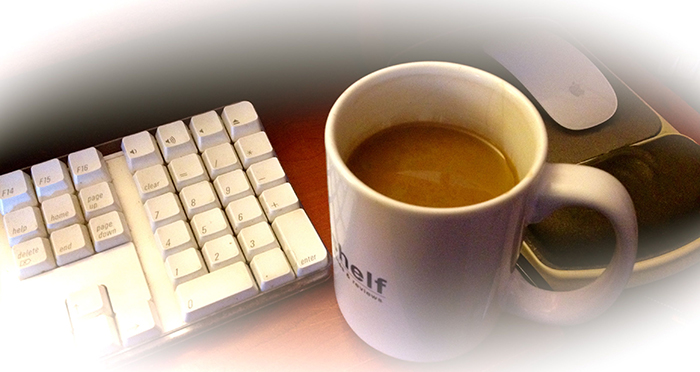 I’m an obsessive person. And when I say that, what I mean is that I don’t do anything halfway. When I get into something, I really get into it, be it genre fiction or preparation for a conference presentation. Though this kind of obsession has always been part of my personality, it wasn’t until high school, as I read John Irving’s novel The Hotel New Hampshire, that I began to understand how vital a part it played in my personal motivation and sense of optimism. “You’ve got to get obsessed and stay obsessed.” Concentration is my superpower.

Like most personality traits, obsessiveness can yield both positive and negative results, but I’ve long worked to harness its strengths, and I credit this trait with my ability to get difficult things done efficiently and well—and honestly, that’s the way I most love working. I can enjoy a workday that’s filled with a multitude of diverse tasks as much as anyone (and sometimes those days can be incredibly refreshing), but the times I love my work most are when I’m fully immersed in a project that requires my complete, obsessive attention. And one of the things I’ve most enjoyed about telecommuting is that it tends to offer more opportunity for that kind of immersion.

Need that website finished in 48 hours? I’ll be deliriously happy to do so. Or on a smaller scale, I’ll enjoy digging in before dawn to design, write, and send an important e-mail blast, and then again in the afternoon or evening to edit the next day’s articles. More often than not, telecommuting allows me to harness my peak energy and push through an important project to completion—after which I’ll take a long walk with the dog to recharge for the next one. And while there’s no job on earth that can offer up anyone’s ideal day every day (or probably even close), I’ve found that telecommuting helps to create mine much more often. It allows me the maximum opportunity to do my best work, and that’s pretty much heaven for an obsessive like me.

Are Yahoo!’s telecommuters obsessive? Probably some of them—and Mayer’s new policy will be a loss for both them and Yahoo!. Of course, flexible jobs are important to people for a multitude of reasons; obsessiveness is simply one of several that I can personally relate to most. To these obsessives, I offer solidarity and the sincere hope that they’ll find a new jobs over which they can obsess more blissfully. Stay obsessed, my friends. I’m right there with you.