In most ways, I am my father’s child. He gave me his face, his body type, his stubborn ferocity, a deep passion for music, and a SFF tv habit. From the very beginning, I was a mini-dad, storming through life for better or worse. But as a reader, I was raised my my mom. She took me to the library and let me check out as many books as I could carry, though it was her books at home that I read over and over again. She brought me up on books from her own childhood like the Judy Bolton mysteries and the Maida series, but also Zenna Henderson and Ray Bradbury—with a dash of Vonnegut and C.S. Lewis on the side. My mom is the kind of reader whose need to savor the journey outweighs all else; she routinely flips to the back of the book to make sure things turn out okay so that she can relax and enjoy the story. So it’s for her that I’ll begin this post by stating its happy conclusion up front:

🎉 I’m thrilled to announce that I’m now represented by Victoria Marini at IGLA! 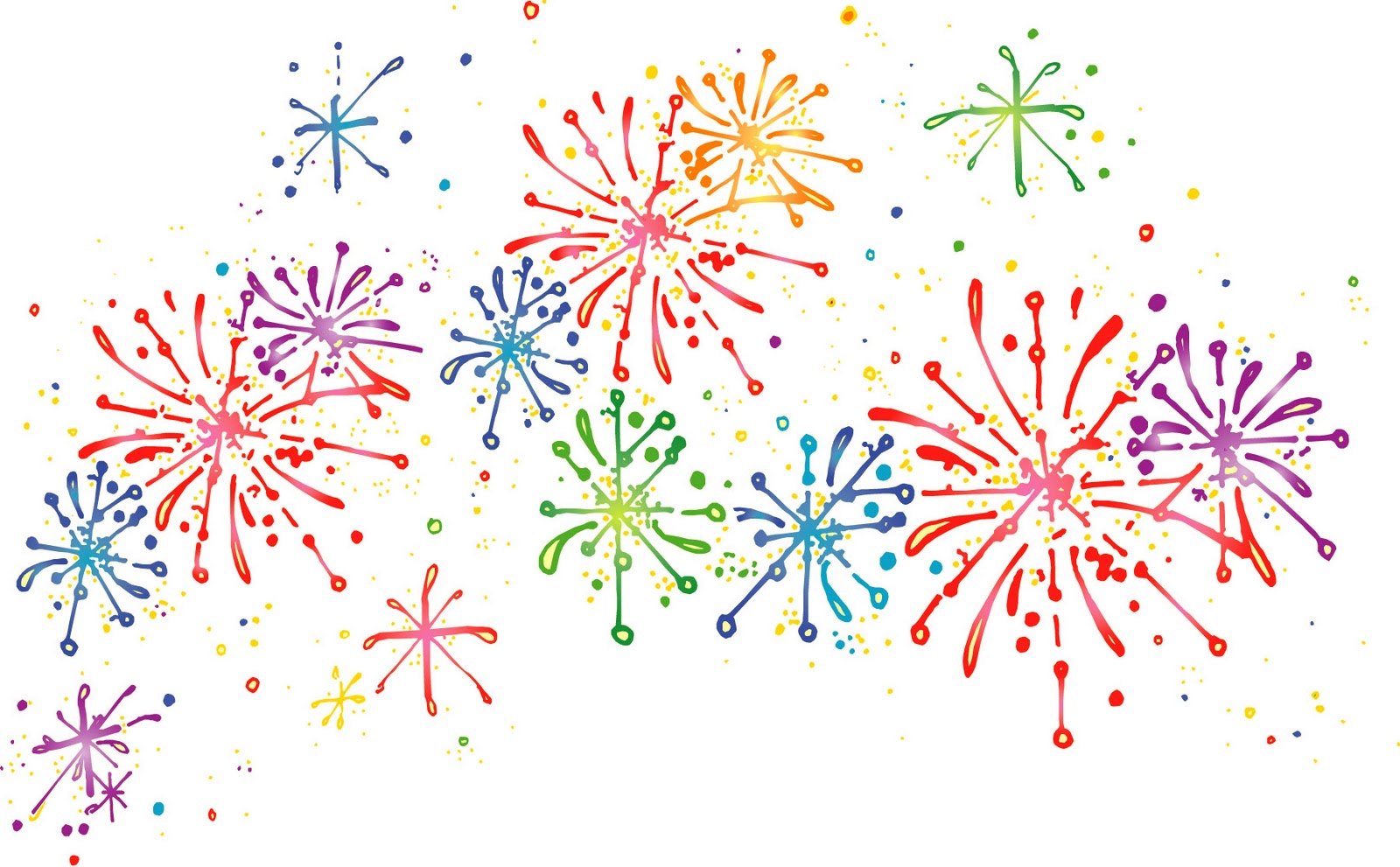 I’ve been dying write a “how I got my agent” post for over a year. I’ve imagined many times what I might say and the glee with which I’d say it. But now that I’m in a position to write one, I’m feeling conflicted—not because I’m ungrateful or less happy than I expected to be! Victoria is a bona fide dream agent and I feel strongly that she’s the perfect champion for my YA novel about trans teens in love, siblings with scary powers, ghosts, snakes(??), and some seriously messed up family dynamics. Honestly, the cloud of grateful joy I’m riding on right now is beyond anything I imagined going into this whole thing. It’s just that, more than anything, this process made me aware of how entangled we all are with each other and how small my own thread is in the larger web of publishing.

Those of you who have been following my thread all along will know that I spent 2019 wading through a sea of “no” as I queried my first book. I took heart from some of the more encouraging “no”s—especially from my prospective PitchWars mentor—but it wasn’t until someone said “yes” to my next book that I became so keenly aware of how difficult those “no”s actually are to say and how fine the line between seemingly opposite replies can be. Suddenly, the process felt intimate in a way I didn’t expect and a little too personal to share.

I will say that querying my second book was a vastly different experience from querying the first one. Like, stunningly different. I will tell you that Victoria made her offer less than 24 hours before my deadline for making a decision—finalizing things with me literally in transit on her way out of town for the holidays. And there are some query stats at the bottom of this post for those who just have to know. Otherwise, rather than taking you through a play-by-play of the querying process for the book that got me agented, I’d like to spend this time thanking the people who helped make this milestone possible.

If you follow me on Twitter, you’ve seen a (VERY) truncated version of this list there, but I relish the opportunity to shower gratitude all over a whole bunch of people without a character limit, so I hope you’re ready for at least one longish story and some truly lavish praise. I know this is a lot for something that isn’t, like, a book deal. But whatever, I’m emotional, so buckle up.

First, none of this could have happened without the critical eye and emotional support of my critique partner and future superstar author, H.E. Edgmon. It was in January of 2019 that I spotted a plea from a writer acquaintance on Twitter asking for feedback on the first two chapters of their then-WIP. I had some free time, and they seemed like a cool person, so I DM’d an offer to read. Their story was about a gay trans boy witch who was trying to escape an arranged marriage, and friends, it blew me away. I fell in love hard with every word of those two chapters. I connected with H.E.’s writing in a way that pretty much eviscerated any definition of what “connected” had meant to me up until then, so when they offered to return the favor, I eagerly (and nervously!!) sent over the first two chapters of my WIP—the only two chapters that existed at the time of the untitled work I was calling, simply, “the ghost book.” When after that, H.E. asked if I’d like to be critique partners—hilariously phrasing it as though I might be the one to decline—I grabbed up that offer like the freaking pirate treasure it was and I’ve never looked back. If not for H.E.’s unwavering friendship, frequent hand-holding, and constant support, I would not have had the courage to complete the book that hooked my agent, and I could not possibly be more grateful. H.E. recently described me as something like their “writing soulmate” and that’s an unbelievable reality I still can’t believe I lucked into. Thank you, H.E.! I’m so excited for what 2020 might hold for both of us!

Just as H.E. read this book as it was written, chapter-by-chapter, so did three incredible teenagers, Milena and Carina Gravante-Gunnells and Analua Alencar Moreira. Though the fate of this book will rest on the vision of a bunch of adults, it’s these kids for whom I’m actually writing, and their enthusiasm and feedback was critical—not just for the first-draft chapters they read over the course of the year, but every subsequent draft, all the way to the version I finally queried. There will certainly be more drafts to come, but this book could not have gotten where it is now without them. A million thanks to these amazing young humans. FYI, they’re going to take the world by storm, so BE READY.

Since both the main character and their love interest are transmasc in this story (one nonbinary, one binary), it was transmasc writer friends I turned to as early readers when a cleanish first draft was ready. I owe a huge debt of gratitude to Aiden Feltkamp, Z.R. Ellor, and Andrew Joseph White, whose generous feedback significantly shaped the draft that made it out to agents. Finding my place in a community of trans and nonbinary authors has been honestly the best part of my publishing journey so far, and I can’t possibly thank these friends enough for sharing their collective experience and insight with me as I stumble along this path. What a freaking power trio. I have no idea how I ended up with friends as brilliant as these. Thanks also to Aster Perkins, whose detailed, bountiful feedback on my next draft arrived just after my too-impatient self sent out my first (and only!) batch of queries, but whose thoughts I’ll surely be carrying forward. And in this same circle of acquaintance, serious gratitude to Phoebe North, who miraculously found time to talk up their agent just hours before my deadline, and Kat Enright, whose help polishing my submission materials came just in the nick of time.

HANG ON, I’M NOT FINISHED

A major shout-out to Claribel Ortega, whose #FinishUrBookFall campaign was the final boost I needed to get this book out of WIP limbo and into a finished draft. I was just one of approximately a jillion members of the writing community on Twitter who latched onto her hashtag this past fall, but if anyone’s counting success stories, here’s one for the list! PS: pre-order GHOST SQUAD!

Endless thanks to my parents and business partners, Bob and Jan Klump, for tolerating my attempt to prove that it’s possible to be some kind of Renaissance Person in in the twenty-first century, and to my spouse, Paul Beasi, for tolerating me at all. He’s also the one who convinced me to actually invest in a decent writing tool (in my case, Scrivener) if I was going to do this seriously, so he’s the reason I didn’t spend the last two years pulling out my own hair instead of writing books. Thanks, also, to my opera teens, who have supported me throughout, even when the focus on my own writing meant that I was still scribbling out pages of English recitative during the first week of rehearsals.

Thanks to the Manga Bookshelf Battle Robot, who have patiently endured my chronic absenteeism through both my massive career shift in 2014 and my outrageous decision to become a YA author on top of it all in 2018. Kate Dacey, Michelle Smith, Sean Gaffney, Anna Neatrour, and Ash Brown, thanks for putting up with me and not amputating the weakest limb of the robot. Thanks, too, to Brigid Alverson, whose career writing about comics has launched her miles away from her MangaBlog roots, but whose early support of me as a writer of any kind gave me the confidence to push my work out into the world.

SERIOUSLY, NOT DONE YET

Lastly, I’d like to thank writer friends who have supported me along the way, especially those who read my first book (which is NOT shelved, just resting), including Timothy Brown, Kendra Carmichael, Jaci Dahlvang, Elizabeth Ann, and Sara Codair. That I continued to believe that writing novels was a thing I could do is largely due to their early support and I am lucky to know each of them.

On that note, I know I’ve said this before, but if I have any advice to share with querying authors out of all I’ve learned in the past year, it’s this: WRITE ANOTHER BOOK. I queried my first book for just over a year to 153 agents before I finally set it aside to query the new one instead. I queried the new one for two weeks (yes, that’s two weeks) to just six agents before receiving an offer of representation. You never know what’s going to stick. In my case, it was trans gays and ghosts. Who knew? So if you’re querying, make the wait time work for you by stepping away from QueryTracker and writing another book. That book could be the one.

If you’ve made it to the end of this post, THANK YOU FOR YOUR PATIENCE. Victoria and I will work hard for the chance to introduce you to my trans gays and ghosts! I hope you’ll learn to like them. They already love you.